A School is More Than A Building: The Legacy of Highlander Folk School 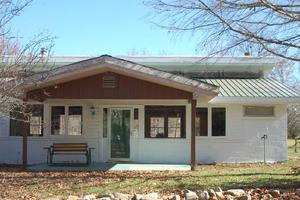 Highlander Folk School, in Monteagle Tennessee, reminds us all that a school is not a building; it is the people in the building who teach, inspire, and help envision a better future that defines a school. Myles Horton founded Highlander Folk School in 1932 to train labor leaders and textile workers.  Horton’s ideas were radical. He believed workers had the right to form unions, and believed in racial integration at a time when integrated schools and events were illegal.[1]

During the 1950’s, the school shifted focus from those in labor to champion pioneers in social change and civil rights. Martin Luther King, Jr., Ralph Abernathy, Rosa Parks and Eleanor Roosevelt all visited the school.

“The school library building is where Dr. Martin Luther King, Jr. and Rosa Parks heard folk singer Pete Seeger's freedom anthem, ‘We Shall Overcome’ for the first time, and where many civil rights-era activists trained and discussed problems and solutions.”[2]

The school operated between 1932 and 1961.  In an excerpt from Jon Meacham’s book His Truth is Marching On: John Lewis and the Power of Hope, Rosa Parks said:

“At Highlander, I found out for the first time in my adult life that this could be a unified society. That there was such a thing as people of different races and backgrounds meeting together in workshops and living together in peace and harmony… It was a place I was very reluctant to leave. I gained there the strength to persevere in my work for freedom, not just for blacks, but for all oppressed people.”[3]

Rosa Parks took part in sessions at Highlander Folk School before taking her heroic actions on the bus in Montgomery, Alabama in 1955.

We are grateful to learn from those who have come before us – those who strove to teach, inspire, and envision a brighter future. And we remember in the stories of Highlander Park School that it is the responsibility of each of us at Value Schools to continue the legacy of so many.

[3] Meacham, Jon, and John Lewis. His Truth Is Marching on: John Lewis and the Power of Hope. New York: Random House Large Print, 2020.